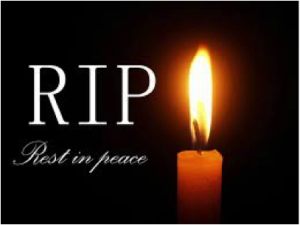 Gary Don Booth, 76, of Palestine, Illinois died peacefully in his sleep on December 5, 2018 at approximately 10:20 with his loving wife of 49 ½ years at his side. Gary was at home following an extended illness.

Gary was born March 28, 1942 in Calhoun County, Illinois to Chester and Lettie Booth, both of whom preceded him in death. Gary served in the United States Army during the Cuban Crisis. On June 21, 1969, he married Margaret “Maggie” Guyer, who survives. He worked as a Boilermaker for 35 years. Gary was a 32nd degree Mason who enjoyed playing with his band, “Step Back in Time”, a string-playing group of locals who often “sang for their supper”. Gary served as Deacon at the Tree of Life church in Hutsonville in the past and also belonged to the Moose in Robinson, Illinois

Gary was also preceded in death by his brothers William Booth and Chester “Sam” Booth, a sister, Shirley Booth Foiles, a son, Gary Booth Jr, and a grandson, Dustin Vai Booth. Besides his wife, survivors include his sister, Melba Booth Knotts of Texas, his children, Robin (Bob) Greenwell of West York, Melanie “Missy” York of Casey, Shelly (Lorenzo) Guerrero of Chicago, William “Bill” (Sharlene) Booth of Hutsonville, Kathrine “Kathy” Gonzalez of Belfontaine, Ohio, Timothy “Tim” Booth of Greenup, James “Jamie” Booth of West Union, 19 grandchildren and 25 great grandchildren, the last of which is due to be born anytime.

Gary desired for his body to be donated to science and there will be no public services.