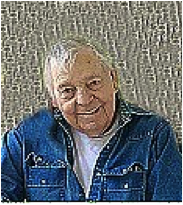 Robert L. Pennington Sr., 84, of Odin passed away Thursday, December 20, 2018 at SSM Good Samaritan Hospital in Mt. Vernon. He was born on May 16, 1934 the son of Jasper and Bessie (Brewer) Pennington in Wayne County. He married Mary Verble on February 5, 1954 in Mt. Vernon and she preceded him in death.

Along with his wife, Mr. Pennington was preceded in death by both his parents; son, Billy Pennington; grandchildren, Jasper Pennington, and Elisabeth McKinley; and 9 siblings.

Robert was a member of the Boilermaker’s Local #363 since 1966. He was a man that was not afraid of hard work, in fact he preferred it. Robert passed on this trait to his children and his grandchildren and was so proud of each one of them. In his spare time he could be found working crossword puzzles and cheering on his favorite baseball team as he was an avid fan of the sport. Robert’s memory will live on in the hearts of all those he knew and loved.

A celebration of life service will be held at 11:00 A.M. Saturday, December 22, 2018 at Irvin Macz Funeral Home in Centralia with Robert’s son, Mike Pennington officiating. Interment will be at Hillcrest Memorial Park in Centralia. Friends and family are invited to a visitation time from 10:00 A.M. to 11:00 A.M. Saturday, December 22, 2018 at the funeral home. Memorial contributions may be made in Robert’s honor to the Donor’s Choice. Online condolences and memories of Robert may be shared with the family by visiting www.maczfuneralhomes.com and/or on the funeral home’s Facebook page.