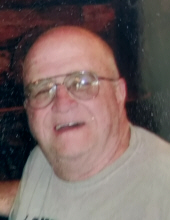 Robert was born on November 11, 1942, in St. Louis, MO. Former Boilermaker Local 363, he enjoyed being a jack-of-all-trades, camping, fishing, and traveling in his recreational vehicle. Robert was also a member of the Toy Truck Club and the Midwest Air Wing R/C Club.

Robert was preceded in death by his parents, Robert and Francis A. Wagner (nee White).

Condolences may be extended to the family online at www.schildknechtfh.com.

Arrangements have been entrusted to Schildknecht Funeral Home in O’Fallon, IL.

Events
There are no events scheduled at this time. You can still show your support by sending flowers directly to the family, or plant a tree in memory of Robert M. Wagner.