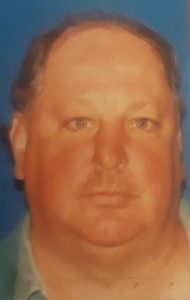 Mark was born July 2, 1959, in Litchfield, the son of LeeRoy M. and Sally A. (Bagby) Spensberger.  He married Christy Dixon on April 28, 1984, at the Panama Baptist Church, and they later divorced.

Mark attended Panama and Hillsboro schools and went on to work at Graham Correctional Center as a guard for nearly 20 years.  He joined the Boilermakers union in 2001 and was a retired member of Boilermakers local 363. He was a member of the Donnellson Masonic Lodge #255.  He took great pride in his home and keeping a meticulous yard.  Mark also enjoyed carpentry and refinishing furniture.

He was preceded in death by his father, LeeRoy M. Spensberger; and brother, Timothy L. Spensberger.

A celebration of life will be held at a later date at Perfetti-Assalley Funeral Home in Panama.

Please visit www.assalleyfuneralhomes.com to share memories of Mark or offer condolences to his family.

Charities
The family greatly appreciates donations made to these charities in Mark “Cork” Spensberger’s name.