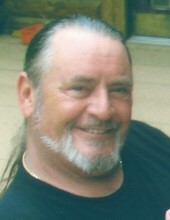 John A. Bennett III age 73, of Newton passed away Saturday, September 11, 2021, at the Newton Care Center, Newton, Illinois. Visitation will be held from 4:00 p.m. until 7:00 p.m., Tuesday, September 14, 2021, at the Crain Funeral Home, Newton, Illinois. Graveside services will be held at 2:00 p.m., Saturday, September 25, 2021, in the Galena Cemetery, Galena, Missouri with military rites being offered by American Legion Post No. 637. Burial will be in the Galena Cemetery. John was born on October 4, 1947, in Santa Maria, California, the son of John A. Bennett, II and Edna Mae (Kissire) Fullerton. After his birth, the family returned to Missouri where John spent his childhood. Following high school, John joined the U S Navy in October of 1964. He faithfully served his country until his discharge in September of 1968. Moving to Seattle, Washington, John met and married Cathy Gross. They had one son, John A. Bennett, IV. While in Seattle, John joined the Boilermakers and worked as a welder in the shipyards. He later moved to Newton joining Boilermakers’ Local 363 to help build the Newton power plant. In his free time, John loved to fish. His family describes him as having a passion for fishing which remained through his entire life. John also enjoyed traveling, visiting with family and friends and riding motorcycles. He is survived by his son John A. Bennett, IV and wife Shasta of Newton, three grandchildren Elley Bennett, Shay Bennett, and Beau Bennett all of Newton; brother Bill Bennett and wife Patti of Lebanon, Illinois and an uncle, niece and many cousins. His father John A. Bennett, II, mother and stepfather Edna and Claude Fullerton, sister Mary Williams and nephew Lucas Bennett preceded him in death. In honor of John, memorial gifts may be made to the Springfield Chapter of the Disabled American Veterans, 25 Club Area, Springfield, IL 62712. Online condolences may be offered at www.crainfuneral.com.