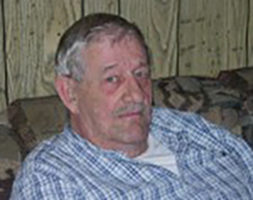 John B. Ferree, 83, of Springfield, died on Thursday, January 7, 2021, at St. Johns Hospital. John was born March 4, 1937, in Springfield, the son of William and Marie Hornback Ferree. He attended Sacred Heart School and was employed as a welder and boilermaker. John was a member of Sacred Heart Catholic Church, Boilermakers Local Union #363, DAV, and the Knights of Columbus. He enjoyed fishing, being outdoors, hunting, and loved his dog, Killer. John was preceded in death by his parents; son, Tommy E. Ferree; three brothers, Richard, Robert and William Ferree; and two sisters, Ursalina Niersty and Betty Ann Ferree. He is survived by his sons, John M. Ferree and Dennis Ferree and Johns daughters, Lucinda Ferree, Jeanette Horne, and Denice Green; fourteen grandchildren; sixteen great-grandchildren; and several nieces and nephews. Cremation was provided by Lincoln Land Cremation Society.

There are no events scheduled at this time. You can still show your support by planting a tree in memory of John B. Ferree.