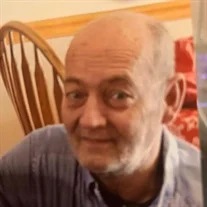 Michael was born December 11, 1958 in Eldorado, IL, the son of Herman and Ethel (Satterfield) Hoskins. He married Patricia Lee Hoover on July 4, 1983 in Decatur, IL.

Michael worked as a union boilermaker out of Boilermakers Local 363 until his retirement. Because of his lifelong passion for cars, Michael started his business, Hoskins Classic Cars, which he restored countless vehicles. He also had a passion for playing pool and belonged to APA, ACS, and MG3 pool leagues.

He was preceded in death by his wife, Patricia; parents and two brothers, Herman Hoskins Jr and Bobby Fawcett.

Services will be held at a later date.

The Graceland Fairlawn Funeral Home has been entrusted with the care of Michael. Condolences may be left to his family at www.gracelandfairlawn.com.