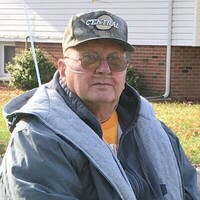 David grew up in O’Fallon and served 2 years in the US Army. He was retired from Boilermakers Local 363 in Belleville, Ill. David has been married to Deborah Redick for almost 46 years (November 27, 1974). He loved his beautiful family and his fur babies, MollyBeGood and Pup. David never knew a stranger. He loved fishing, woodworking, sitting on the swing in the backyard watching hummingbirds and the many different birds splashing in the birdbath, and watching his garden grow. David will be terribly missed by his family and friends.

He was preceded in death by his parents, Walter B. and Ruth, nee McReynolds, Redick, brothers Hap Darling, James Darling, Roger Redick, and Jay Redick.

Memorial donations are suggested to Fisher House to support veterans and will be accepted at the funeral home. The guestbook may be signed at www.wfh-ofallon.com.

Per David’s wishes, he will be cremated.