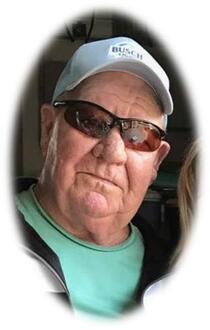 Glen Darnell, age 76, of Beverly, IL, passed away on Thursday, September 24, 2020 at his home, surrounded by his family.  He was born on March 10, 1944 in Granite City, IL to William and Tessie McQuay Darnell.  He married Rosemary Miller on January 7, 1963 at Pastor Robert Byler’s home, and she survives.

Glen began working as a Boilermaker in 1964, retiring at age 55.  He was a member of Boilermaker Local 363 and travelled around Illinois and the surrounding states with the union.  In earlier years, he enjoyed hunting and fishing, but loved mushroom hunting the most.  Glen liked socializing with friends at the bar and hanging out in his garage.  In earlier years, he made windchimes, live traps, and wood stoves.  Glen was timely, impatient, and always spoke his mind.  He loved dogs and had a huge heart.  Glen dearly loved his family and will be missed.

He was preceded in death by his parents, William Darnell and Tessie Loniello and sister, Judy Norton.

Per his wishes, services will be held privately and interment will be at Park Lawn Cemetery in Barry, IL.  Memorials are suggested to be made to Park Lawn Cemetery.  Online condolences may be left to the family at www.nieburfh.com.  Niebur Funeral Chapel is handling the arrangements.

Charitable donations may be made in Glen’s memory to the following organization:
Park Lawn Cemetery
Barry, Illinois