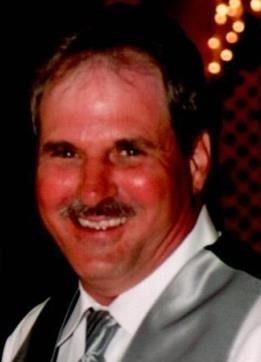 Randy was a hardworking and caring man. A proud father, grandpa, and friend to his family. He enjoyed spending time outdoors and sharing that time with friends and family. This would include camping, fishing, boating, and some hunting. Randy was a passionate member of Lodge 363 International Brotherhood of Boilermakers. His hard work ethic and willingness to go above and beyond was an inspirational to those around him. He will be dearly missed by all who knew him.

Randy is preceded in death by his parents, Norman and Leatrice Pierce and his brother, Kevin Pierce who is survived by his spouse Debbie; in-laws; Don and Gloria Olson

He is survived by his loving wife, Dawn Pierce, who he married on April 18th, 1981. His son Jason (Michelle) and their child Oliver who is due in August. Randy is also survived by his daughter, Ashley (Marty); grandchildren, Chase and Emmi; sisters, Maria Clement (Tim), Denise, Deanna, and Sharon.

Donations can be made to the American Cancer Society, or Shriner’s Hospitals for Children in St. Louis.

Services- Visitation will be held on Tuesday, July 7th from 3:00 to 7:00 at Valhalla-Gaerdner-Holten Funeral Home on Frank Scott Parkway West in Belleville IL.

Funeral service to be held on Wednesday, July 8th at the funeral home at 11:00am.