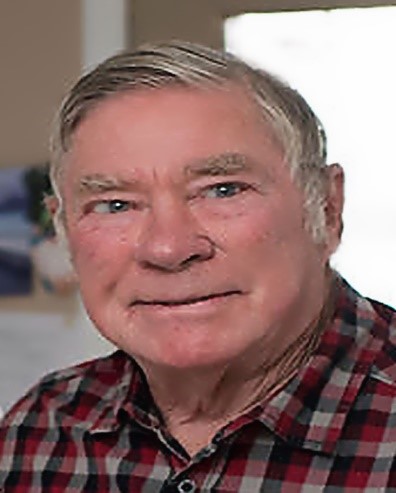 Michael (Mick) James Gorman, Jr., 84, of Farmersville, passed away at 12:51 a.m. on Wednesday, February 26, 2020 in Houston Texas.  He was born on February 4, 1936, in  Farmersville, IL, a son of Michael James and Opal Annis (Volentine) Gorman.  He was a Coal Miner and Boilermaker until his retirement in 1996.  Mick enjoyed life to the fullest spending his summers in Illinois and winters in Texas.  Mick could do anything; he was a jack of all trades and had many hobbies to keep him busy.  He enjoyed traveling to all 50 states, watching Nascar, rooting for the Cardinals, watching his great-grandchildren race, going to Port Mansfield to feed the deer out of his hands, going to the Valley to see his friend play and sing in a band, cooking on his homemade cookers, and gardening.  He had a passion for fishing in Texas and hunting morel mushrooms in Wisconsin so he could have his annual “fish and mushroom fry.”  Mick also volunteered many hours to the Moose, VFW in Ingleside, TX, and volunteered his time to helping the KC’s during Irish Days.  Mick married the former Linda Small in 1993.  She survives.  He is also survived by:

Mick was preceded in death by his parents, brothers, John Paul, Marty and Robert Gorman, and two granddaughters, Brenna Gorman and Meghan Everett.

Funeral services for Mick will be held on Sunday, March 1, 2020 at 2:00 p.m. in Plummer Funeral Home in Litchfield.  Family friend, Greg Nimmo will officiate.  Visitation will be held Sunday from noon until time of service in the funeral home.  The family suggests memorials be made to the Litchfield Moose Lodge #1634 or Montgomery County PAWS Care.  There will be a funeral luncheon immediately following the services at the Litchfield Moose Lodge #1634 (221 N. Madison St.).  Burial will be in St. Martin’s Cemetery in Farmersville following the dinner.